TikTok On The Clock… 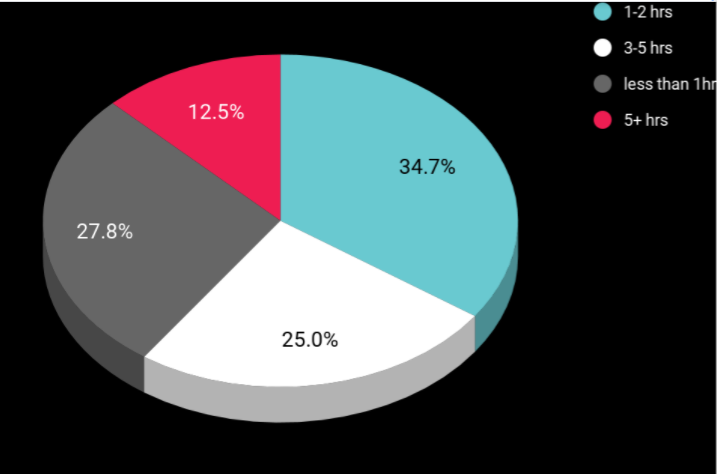 Previously called Musical.ly, Tiktok became a hit in 2019, gaining 500 million active users worldwide. This trending app is a hit among high school students. For those who don’t know what Tiktok is, it is a video-sharing social network on mobile devices. On this app, if you have a non-private account, the videos created are posted on the for you for everybody to view. Only a lucky few then later become TikTok famous.

At Delta High School, Sara Geddes, senior, and Cayden Stell, recent grad, are a few who can be considered TIktok famous.

Q: Why did you make the video?

A: “It was a trend we kept seeing and we thought it was really funny so we tried it and it worked the first time.”

Q: Why did you get Tiktok?

A: “I got it as a joke and used it to make fun of all of the videos, but then it got actually pretty popular and my friends and I started making videos.”

Q: How has it affected you?

A: It’s affected me by giving me another tool to make funny videos with my friends, and it’s also very entertaining and I can spend hours watching it which sometimes is a bad thing.

Q: How did you react when your video went viral?

A: I was so surprised. I didn’t want to go viral or anything; it just happened.

Q: Has Tiktok helped you in any way?

A: I guess it helped me laugh and make more friends, haha.”

Q: Do you have anything to say to those who don’t have Tiktok?

A: Don’t get it because you’ll never be able to do your homework.

Q: Why did you make the video and post it on TikTok?

A: “I thought it would be funny to post it.”

Q: Did you expect your video to get a lot of likes?

Q: How did you react when your video went viral?

Q: How did you react when you found out that they wanted to put your video on Ridiculousness?

A: “Didn’t believe it at first but then they called and I was excited.”