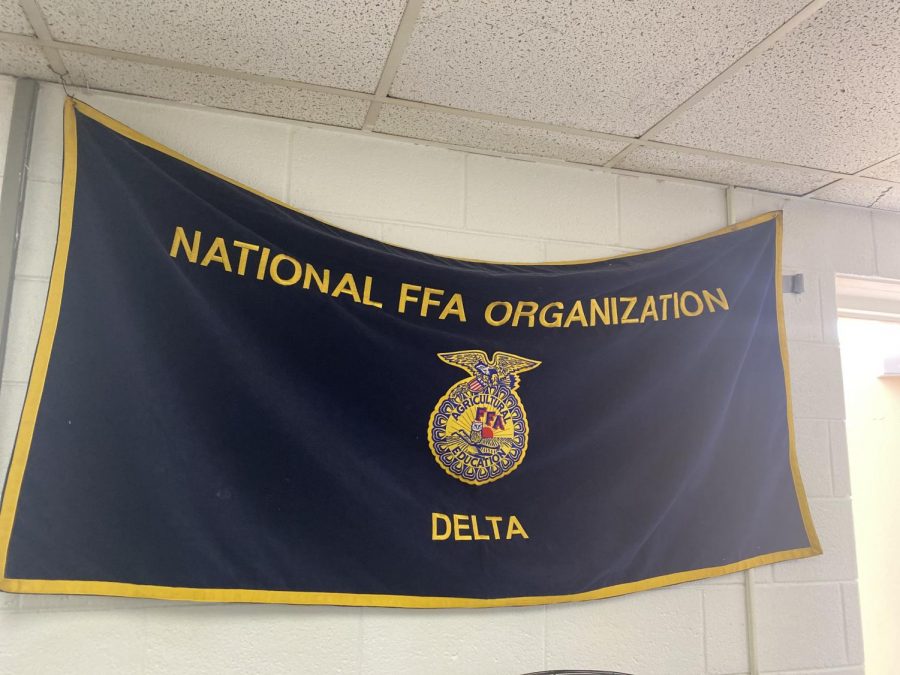 Every year, first year FFA students get the opportunity to participate in quiz bowl. Participants are asked agriculture-related questions head-to-head against a competitor. The first team to answer correctly wins a point, and the team with the most points at the end moves on to the next round. Delta’s FFA chapter hosted a district competition on March 3. Competitors included FFA members from Montrose, Fruita, Plateau Valley, Hotchkiss, Cederadge, Norwood, and Nucla. Delta’s team consisted of two freshmen: Wyatt Kendall and John Dexter.

The Hotchkiss B team won the competition that afternoon. The Delta team was knocked out in the first round by Cederadge. While Delta was knocked out the first, they just enjoyed being able to compete in person. This was one of the first in-person competitions that the chapters have competed in. “I think each team was very prepared and were really excited about being in person and prepared to do their best,” John Dexter said.

Most teams competing in this competition brought two teams: A and B. This brought a lot of diversity and more competition to the quiz bowl.

What got to the Delta team was the lack of preparation. Dexter believes that if their team was more prepared and studied for more time, they could have gone on further. “With the help of maybe another teammate, we probably would have done a lot better,” Dexter said. The team did not have more first year student volunteers to participate on the team. Next year Dexter expects the team to be a lot more prepared and be a lot more competitive to hopefully do better in the competition.

Hope, on the other hand, was proud of the team.  “Whether or not we won I think our team was really committed to showing up to practices and being competitive,” said Hope. The Delta team worked hard studying, but struggled in the competition with only two out of three of a team. When the team lost, Hope was proud of the way the team lost humbly.

The night ended with the winning Hotchkiss team celebrating and taking home the bracket. Delta FFA cooked chili and had cake for all of the teams before they headed back to their hometowns.